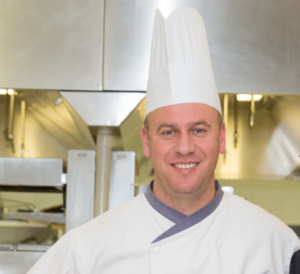 He was born in 1981 in Algeria. In 2005, he received a diploma of higher education in the hospitality industry at the National Institute of Hotel Management and Tourism in Tizi Ouzou in Algeria. He was an apprentice chef in the El Aurassi Hotel. In 2011, he received a diploma for the chef of Italian cuisine at the Alma school in Parma, Italy. In 2012, he received a certificate of acquired professional competence as Kitchen Manager of the El Aurassi Hotel, in cooperation with the French gastronomic Academy in Nice, France. He specialized in the French, Italian and Algerian cuisine. At the Hotel El Aurassi, he worked as a cook and as Chef de partie in the preparation of dishes of French cuisine, as Sous chef preparing dishes of Italian cuisine, and as the Executive chef, preparing meals of Algerian cuisine. He is currently the Executive chef for the preparation of dishes of French cuisine.

We use cookies to ensure that we give you the best experience on our website. If you continue to use this site we will assume that you are happy with it.OkPrivacy policy