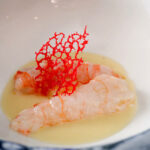 Split – the capital of the Mediterranean

The program of the exclusive Mediterranean dinners at this year’s Taste the Mediterranean Festival is richer than ever. In some of the leading restaurants in Split, local and foreign top chefs – awarded with Michelin stars, Gault & Millau toques and other prestigious titles – will be cooking together. In addition to the host chef, → Read more 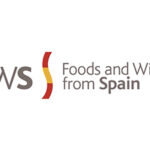 Spanish Day at the Taste the Mediterranean festival

For the second year in a row, at the Taste the Mediterranean festival in Split, the Spanish Day will be held, in cooperation with the Embassy of the Kingdom of Spain and ICEX, the Institute for Foreign Trade. Second day of the Festival, 7 October, will be dedicated to the presentation of Spanish delicacies, wines and → Read more 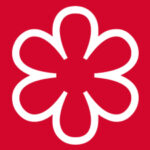 9th International Taste the Mediterranean Festival in Split, from 6 to 9 October

The season of the big transfers in the kitchens of famous Croatian restaurants continues.The last case is the departure of chef Hrvoje Zirojević from the restaurant Laganini on the island of Palmižana, close to Hvar, where he has been working for 8 years, to restaurant Dvor in Split.”It was time for new challenges” says Zirojevic, → Read more 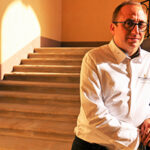 We are proud to announce that the long-time partner and collaborator of Taste the Mediterranean Festival, the French chef Lionel Levy, has been elected the new president of Gourméditerranée, the leading culinary association in Provence. Chef Lionel, who has participated in almost all TTM festivals, is one of the strongest advocates of the Mediterranean diet. → Read more 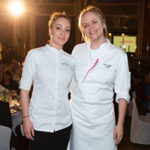 Michelin stars to “our” French chefs

Cheffe and owner of the restaurant Signature par Coline Faulquier in Marseille won her first Michelin star. The talent of cheffe Faulquier was also recognized in the gastronomic guide Gault & Millau France, which awarded her the Young Talent of the Year award in 2017. She was a guest of the Taste the Mediterranean festival → Read more 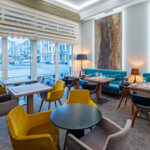 Lockdown in Croatia remains in effect. All restaurants, cafes and other catering facilities throughout the country remain closed

“So far, there is no consideration of easing the measures”, said the Interior Minister Davor Bozinovic and confirmed that all restaurants, cafes and other catering facilities in Croatia remain closed. → Read more 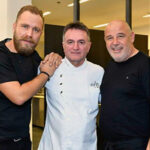 Chefs Hrvoje Zirojević, Ivan Pažanin and Braco Sanjin, in cooperation with colleagues Stjepan Vukadin, Soniboj Grgin, team of the Restaurant Kadena, volunteer cooks, the Solidarna Foundation and Wolt.hr, have launched a humanitarian action that will last until Sunday, January 10. They decided to help the residents of Banija who afflicted by the earthquake as best → Read more 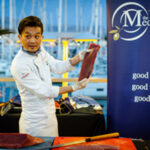